A reverse mortgage is a type of loan taken against equity in a home, available to borrowers who are at least 62. It requires no monthly payments, with interest charges instead added to the loan balance and paid only after the homeowner sells or dies. The loan can be taken as a lump sum or as monthly income, or as a line of credit, with no interest charges on unused amounts.

Many homeowners wait until well beyond 62 to take a reverse mortgage, because generally the older the borrower is the more he or she will be qualified to borrow.

In recent years, though, more financial advisers have warmed up to the idea of homeowners taking a reverse-mortgage line of credit when they are as young as 62, as a way to boost their nest egg. The key to this strategy is that the credit line grows over time, by amounts tied to the course of interest rates, and the unused portion can be converted to a substantial monthly income years later. And today, with inflation and interest rates widely expected to rise, these credit lines could be particularly valuable.

“Now is an exceptionally good time to be considering adding a [reverse-mortgage] credit line to the retirement blueprint,” says Shelley Giordano, chair of the Funding Longevity Task Force at the American College of Financial Services. Interest rates are low, which increases the credit limit on reverse mortgages, she notes, and if rates rise over the life of the loan, that will add to the growth of the credit line. Since interest rates tend to rise alongside inflation, the growing line of credit would provide an inflation hedge, she says.

“Research has shown that setting up a line of credit as soon as possible, age 62, in order to let it grow and only tapping into the line of credit when needed can substantially improve the long-term sustainability of a retirement-income portfolio, meaning you can make your money last longer,” says Jamie Hopkins, associate professor of taxation at the American College of Financial Services.

The strategy—called a standby reverse mortgage, or SRM, by some—has been pushed in financial journals by a number of academics, starting with a 2012 paper by Barry H. Sacks, a tax attorney in San Francisco, and his brother Stephen R. Sacks, a professor emeritus of economics at the University of Connecticut. They recommend drawing from the credit line when investments like stocks and bonds are down, so the homeowner enjoys a steady income and gives other investments time to recover, allowing them to last longer. 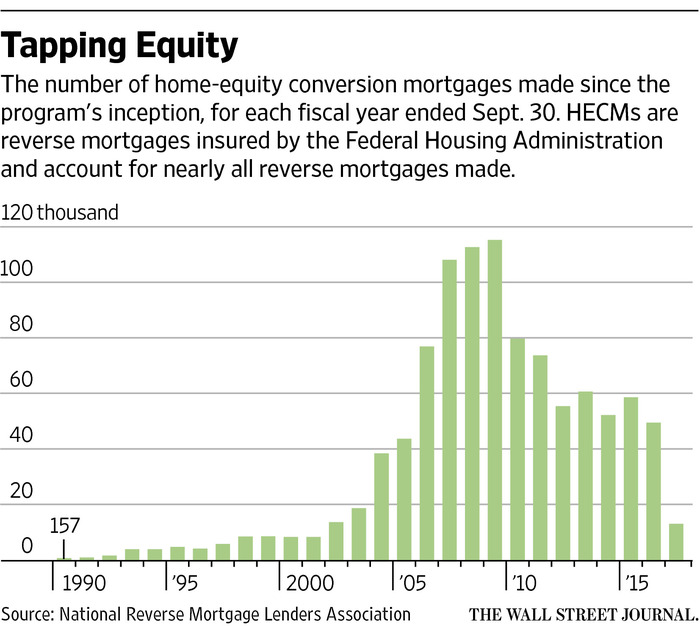 They said the strategy was successful in 1,000 Monte Carlo simulations, which run calculations over and over while varying key factors like interest rates and investment returns. Not only did it improve the borrower’s chances of enjoying steady income to an advanced age, it could also produce a larger income along the way, they reported.

Another proponent is Jack M. Guttentag, professor emeritus of finance at the Wharton School of the University of Pennsylvania, who provides information on mortgages on his education website, the Mortgage Professor. “It’s a can’t-miss deal,” so long as the borrower can resist plundering the credit line for nonessentials, he says.

The chief downside: Sums taken through any reverse mortgage, including any amount actually borrowed through a line of credit, reduce the equity available for other purposes—like moving to another home or buying into an assisted-care facility—or for the homeowner’s heirs. Also, the fees to set up a reverse mortgage can be steep—roughly $9,000, for instance, for a line of credit of about $200,000 in the example below—and erode the equity in the home if they are financed through the credit line.

“It may not be best for a short-term play” because of the time it will take for the growth of the credit line to offset the fees, “or if one wishes to leave a home free and clear [of debt] to their heirs,” says Steven Klein, reverse-mortgage director with AmCap Mortgage, in Greenville, S.C.

But over many years, the credit line can grow to be quite large, especially if interest rates rise. Here’s how it works: These credit lines carry adjustable interest rates that typically reset every month or every year. Once the initial credit limit is set—based on interest rates, the homeowner’s age, the home’s value and its location—it grows each year by the current interest rate on the loan plus 1.25 percentage points, which is the loan’s annual mortgage-insurance charge. 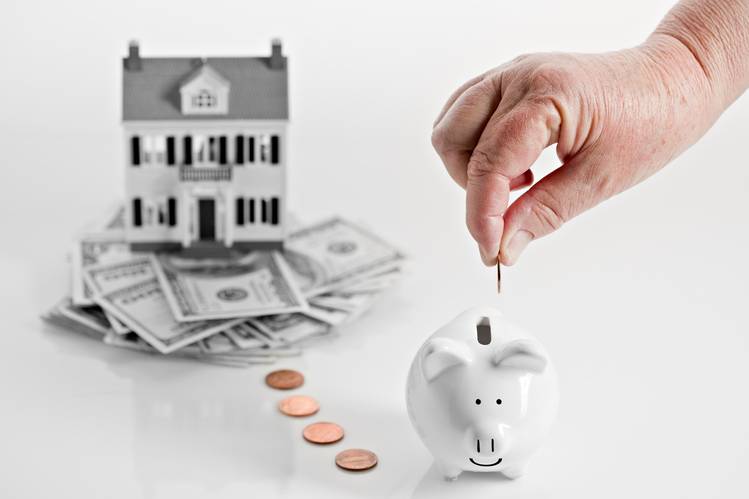 Because of the high fees, the line of credit “may not be best for a short-term play,” says AmCap’s Steven Klein. Photo: iStockphoto/Getty Images

For example, FirstBank, a lender in Birmingham, Ala., offers a 62-year-old borrower with a $400,000 home in the Philadelphia suburbs a credit line starting at $200,668, at an initial rate of 5.70%—a 4.45% interest rate on the loan plus the 1.25% insurance charge. If the interest rate doesn’t change, the credit line will grow 5.70% a year, reaching more than $600,000 in 20 years. It could then be converted to a monthly income of nearly $5,000—less if any of the credit has been used—based on standard industry formulas. If interest rates go higher, the credit line would be larger; if they fall, it wouldn’t grow as much.

“A reverse-mortgage line of credit can be a saving grace for the baby boomers who simply do not have enough retirement savings” if home equity is ignored, Prof. Hopkins says. “If home equity is incorporated more strategically in the future, we will see vast improvements in the financial security of retirees.”

Mr. Brown is a writer in Livingston, Mont. He can be reached at reports@wsj.com.